TOPS Plants were delighted to recently hand over a cheque for £200 to Midlands Air Ambulance Charity. 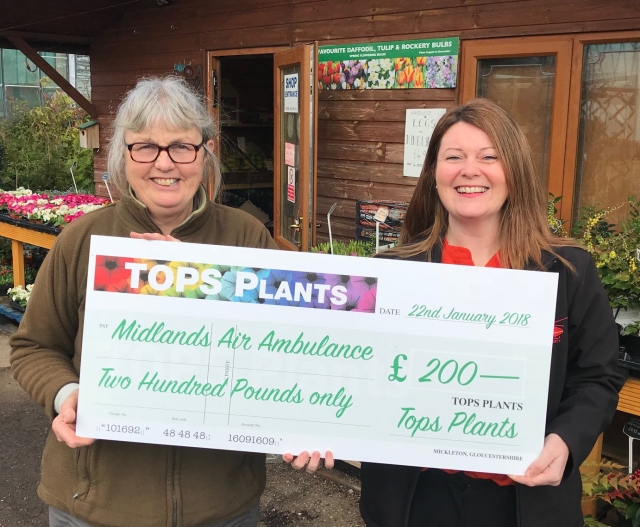 If you see a red air ambulance flying over the North Cotswolds then it’s probably a “Midlands Air Ambulance”. 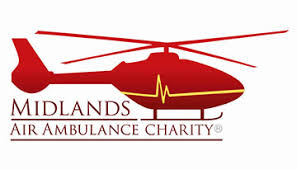 This constitutes the largest air ambulance operating region in the UK.

Since 1991, the charity has responded to more than 49,000 missions averaging 2,000 per year, making it one of the longest established and busiest air ambulance organisations in the UK.

Each Midlands Air Ambulance mission costs £2,500 and in excess of £9 million is needed each year to keep its three air ambulances operational, which is donated entirely by the public and local businesses.

That’s why donations and fundraising are so essential and why TOPS Plants is delighted to have passed on the proceeds of a “windfall” sale of Christmas Trees sold for mulching in the new year!

Why not buy your plants locally too from TOPS Plants and see your community benefit even more. TOPS Plants, Broadway Road, Mickleton, Chipping Campden, GL55 6PT